The former Randal & Aubin site on Bridge Street is undergoing a multi-million pound makeover and will reopen as a MUSU Japanese restaurant in October.

Behind this ‘new breed of restaurant’ are Vincent Braine and Marius Kamara, two of Manchester’s most experienced hospitality specialists with over 15 years’ experience in the city’s bars, restaurants and nightclubs, including venues include Suede, The Milton Club and Dive Bar & Gril.

At the head of the high-tech open kitchen, Chef Patron Michael Shaw, whose illustrious career has taken him from apprentice pastry chef at the Manoir aux Quat’Saisons to pastry chef at Gordon Ramsay’s Aubergine, and at the restaurant eponymous by Richard Neat from Pied à Terre in Cannes. He was also part of the team that earned a Michelin star for Gilpin Lodge before playing a role at the White Hart in his home town of Saddleworth.

Shaw has since spent the past 18 months immersed in the precision, craftsmanship and flavor of Japanese cuisine, crafting dishes for MUSU’s exquisite tasting menu concept designed to provide a multi-sensory dining experience using only the finest ingredients sourced from Japan and the UK. This includes certified, sustainable, traceable and wild-caught bluefin tuna as well as A5 grade wagyu beef from the best Japanese suppliers. 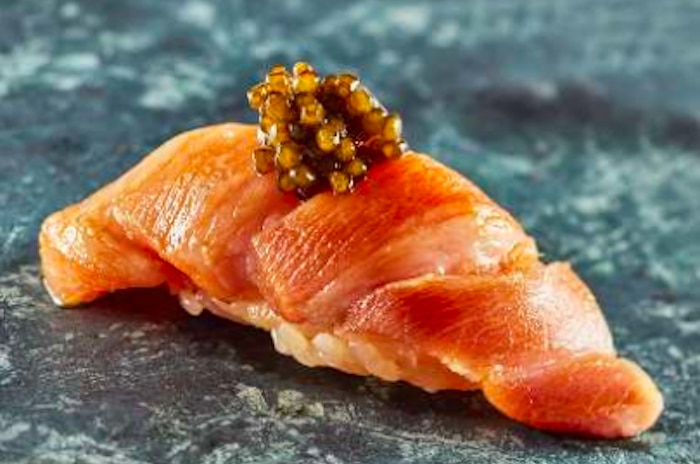 Divided into three sections, Sentaku will be more of an a la carte experience allowing customers to choose their own personal dishes, while Kaiseki is a seasonal seven- or eleven-course tasting menu option. Finally, Omakase is about putting the chef in charge of creating the perfect menu, a theatrical and educational sushi experience, currently the only one of its kind outside of London. This will be served to guests at the six-seat Omakase counter, chaired by Sushi Chef Andre Aguiar, himself trained by renowned Japanese Sushi Master Yugo Kato. 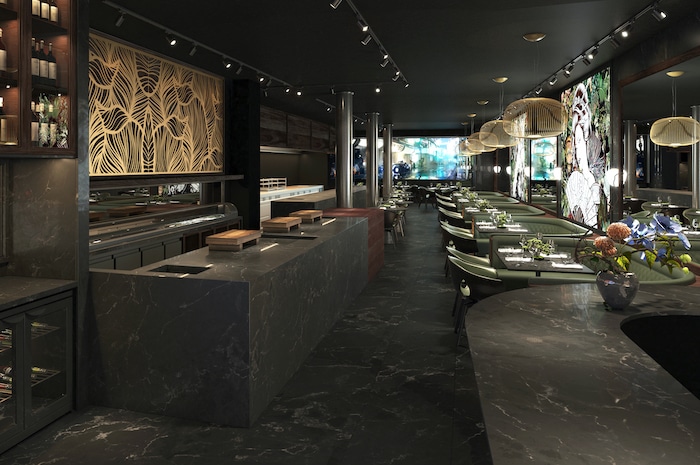 Beverage Director, Sean McGuirk, designed MUSU’s collection of creative cocktails and the beverage offering will include premium Japanese sake and whiskeys from around the world. In-house sommelier, Ivan Milchev, will be on hand to guide guests. guests through the winery’s extensive fine wine list.

The Japanese word MUSU translates to “endless possibilities,” which encompasses every aspect of this extraordinary place, from its menus to its interiors. Complementing food and drink, the entire space follows the clean lines and precision associated with Japanese design. MUSU’s multi-million pound interiors include bespoke Italian furniture, subtle and soft mood lighting and bespoke Geisha wall designs. 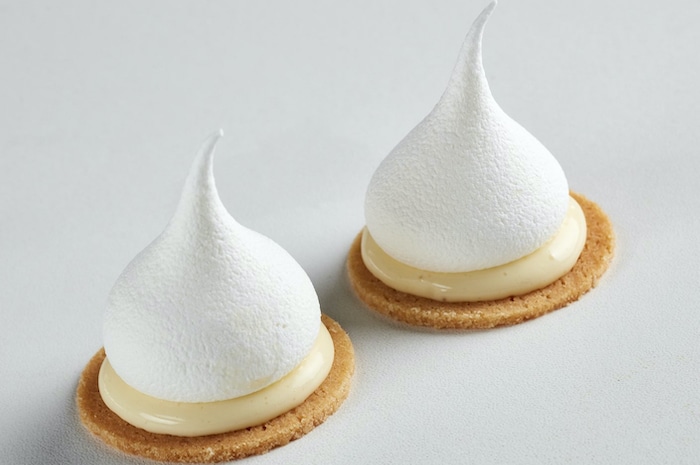 The softly backlit bar is constructed of Dekton stone, brass, and onyx; its fascia is layered in brass, detailed in a banana leaf pattern. MUSU’s exceptional design also incorporates the option to upgrade to a late-night experience on weekends, replicating the Japanese after-dinner “Nijiki” tradition.

The venue features a full theatrical production setup, while booth tables can convert to cocktail-style tables, creating an environment focused on late-night entertainment, rather than formal dining. This “dual identity” also means that MUSU will offer the most flexible, spectacular and technologically superior event space to be found in the city.

MUSU’s private dining room seats up to 14 people and can be completely separated from the main dining room by a glazed telescoping wall that can be frosted at the touch of a button to provide complete privacy. Inside is one of MUSU’s three incredible video walls whose fluid structures allow for the perfect visuals, presentations and ambient backdrops.

After Kitten in Deansgate Square, MUSU will be the latest Japanese-influenced fine dining restaurant to open in Manchester. Chotto Matte is set to occupy the spectacular 20,000 square foot rooftop of Gary Neville’s St Michael development in the summer of 2024.

Japanese restaurant Kokoro is set to open in Farnborough this week

A new culinary delight is making its way to Farnborough with the opening of Korean/Japanese restaurant Kokoro. The sushi specialist was founded by Rak-Kyu Park in the UK over a decade ago and now has 50 branches across the UK. This includes chains in Southampton and Basingstoke as well as a new store in Farnborough […]

Discover Kitcho, the Michelin-starred Japanese restaurant in Beijing until November 28

Beijing’s Michelin Guide, now in its second year, has been a point of contention with some diners, who argue it doesn’t fully represent the breadth of the city’s food scene. For example, no Japanese restaurant in the capital has yet received a Michelin star (which is perhaps not so surprising given the high standards of […]

Famous Japanese restaurant Nobu is coming to Singapore in May

Known as much for its celebrity clientele as it is for its culinary offerings, famed Japanese restaurant Nobu is coming to Singapore very soon. The gourmet restaurant is set to launch at the Four Seasons Hotel in May. No word yet on when exactly. Led by chef Nobu Matsuhisa and co-founded by actor Robert De […]